This item really isn't that strange. There are a lot of character branded toothbrushes and have been for years (at least from the 70's that I've personally seen) so it makes sense that a popular kid's show like Sailor Moon would get them. Unlike some of the other North American items from this period they don't even look that bad. 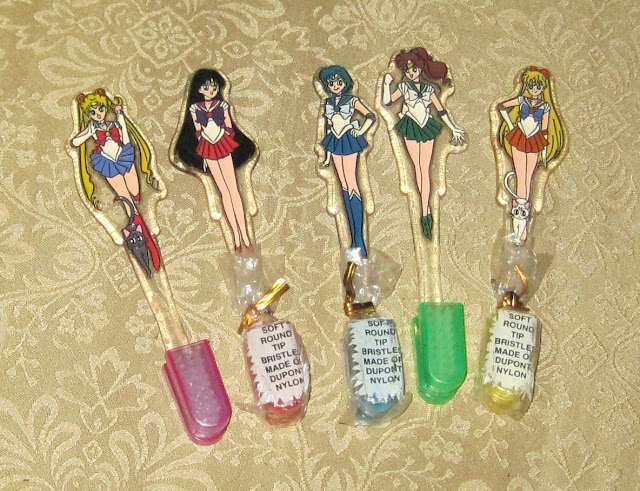 OK, so they don't look great either, but cute in their own way. It is a weird thing to collect though which is why these are in the oddities collection. Ours is almost a full set of  the senshi that were made, but they did make a tuxedo mask as well which we're missing. It seems likely most moon collectors have no idea that they could be brushing their teeth with the sailor senshi on a regular basis. Though honestly these are at least 16 years old, putting them in ones mouth is a horrifying prospect.

We've rarely seen these in other collections so they're, unique, if not rare.  We're happy to have them.